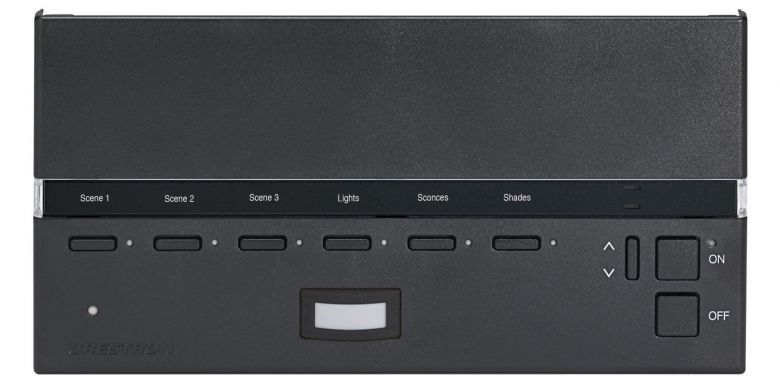 Be the first to review this product
In stock
SKU CLSC6MB

The iLux® CLS-C6M is a finished, coordinated lighting framework intended for divider mount establishment in meeting rooms, amphitheaters, home theaters, or anyplace adaptable and practical control of lighting and shades is required. The Crestron® notoriety for development and dependability—joined with great incorporated darkening, local shade control, configurable rocker catches, broad mix capacity and numerous other progressed highlights—settles on iLux the ideal decision for a wide range of room lighting and shade control applications.

The CLS-C6M highlights six channels of diminishing for LED[1], radiant, attractive low-voltage, neon/cold cathode, and 2-wire dimmable fluorescent burdens. On/off exchanging of numerous non-dimmable lighting loads is likewise conceivable. Each channel will deal with up to 800 watts exclusively, with an all out rating of 1920 watts for the total unit. Bigger burdens and extra burden types can likewise be upheld utilizing Crestron CLS-EXP Series development modules.

The misleadingly spotless front board really manages a broad measure of control and customization to suit every novel room application. Enormous ON and OFF catches give moment admittance to the "On" and "Every single Off" scene, while the six fundamental catches can be set up to review extra scene presets, modify conceals, or play out a large group of different capacities. The catches' rocker activity empowers instinctive, material control for altering lighting levels and shade positions. An extra "Up/Down" button is configurable for an assortment of capacities, including use as an ace lighting or shade control, or as a "move" catch to grow the abilities of the six primary catches.

With each new scene determination, window conceals reposition and lights blur exquisitely to their new settings. The chose scene is shown by a white LED next to each fasten, and the adaptable mark strip permits each catch to be obviously named utilizing Crestron Engraver programming or standard 3/8" tape names. Darkening levels and shade positions are shown graphically on six green LED bargraphs open behind the flip-in advance spread. Extra controls and a numeric presentation covered up underneath the spread empower arrangement without requiring a PC. Improved customization is given through the PC programming port utilizing iLux Designer programming.

The CLS-C6M highlights an underlying infrared movement finder, empowering mechanized control dependent on room inhabitance. Lights can be modified to turn on and conceals open naturally when somebody goes into the room, or mood killer and close when the room is left unfilled.

Up to 16 Crestron keypads might be associated with a solitary CLS-C6M, giving adaptable multipoint control to rooms with different doors or work regions.

One CLS-C6M ace will uphold up to 8 extra CLS-C6 or CLS-C6M units, empowering frameworks of up to 54 lighting zones and 54 shade gatherings. Orders for common capacities like scene review, scene off, ace diminishing, and inhabitance status are shared between the CLS-C6(M) units. Every individual unit can even now uphold a total combination of nearby gadgets including keypads and shade regulators.

The CLS-C6M highlights two separate Cresnet control systems, one for neighborhood gadgets and one for association with a control framework. Interfacing the CLS-C6M to a control framework permits its capacities to be controlled from contact screens, RF remote controllers, and even PCs. The control framework interface additionally empowers broad adaptability for incorporation with different frameworks, for example, security, HVAC and vitality the board, in addition to distant administration by means of SNMP and Crestron Fusion® Enterprise Management Platform applications.